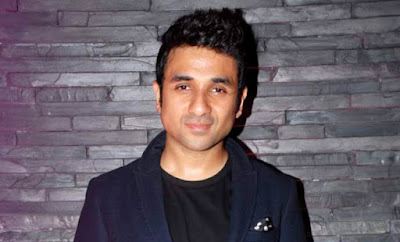 Continuing with the list of the Doonites who have reached heights, let’s introduce you to another one of such personality.

He is a fairly common face in movies and TV. You would have certainly seen him and would have been cracking up at his jokes but you wouldn’t have known that he was a Doon born. He was in Delhi Belly, Go Goa Gone and even Shaadi Ke Side Effects. He has worked with  Shahid Kapoor in Badmaash Company and also was the boy-toy of Kangana Ranaut in Revolver Rani. Indian Express called him “ a comedian to watch out for” and also “India’s answer to Jay Leno”. Hindustan Express also said that he is “Simply Hysterical” and Pioneer has ranked him the “Funniest Kid In India”. He has studied in Indian Language School in Lagos, Nigeria, Shimla and Delhi. He has a Bachelor’s Degree in Economics &  Theatre from  Knox College, Illinois. And finally  he has also studied in Harvard University in Cambridge, Massachusetts.
Ok now I know you might be getting irritated. So if you haven’t figured it out yet, we are talking about Vir Das. One of the finest stand-up comedians of our times, he has been making audiences laugh since 2004. Seen often on Tv shows and Award functions Vir Das is quite a familiar face. His first play was titled as Brown Men Can’t Hump while he was in Knox University. Though born in Doon, Vir has mostly been brought up outside India. He has studied in Africa and United States Of America.
When Vir returned to India in 2003 he was 24 years of age, he had actually sculptured a niche for himself in most of the fields. He has written and performed in over 100 plays in India since then. Some of his most notable work has been Who Let the Das Out? , VIRagra ,  Son of a Switch , Bored of the Things! And Not For Members Only. From here onward Vir started to get into the big screen. His first big screen appearance was a guest appearance in Akshay Kumar and Katrina Kaif starrer Namastey London.
Later on he continued on doing Television also where he started to gain a lot of fame for shows like Sabhi Linein Masst Hai where he played the role of agony uncle.  Then he also hosted a cricket comedy show named Cricket Firsts. The most successful show for Vir Das has been News On The Loose for the CNBC TV-18 group which he started in 2007 and has been continuing till date.
On the movie front, his big break came with strong supporting roles in movies such as Delhi Belly and Badmash Company. Since then he has done movies of big banners like Go Goa Gone, Shaadi Ke Side Effects and Revolver Rani.
Though Vir Das was only a Doon born and wasn’t really brought up here. Still, he is one of us and will always make Doonites proud with his work. 5 amazing facts about the hilly town of Dehradun

Motorsport returns to Uttarakhand after 23 years

9 best places to visit in India during December

Enjoyin’ loud music! But for how long?