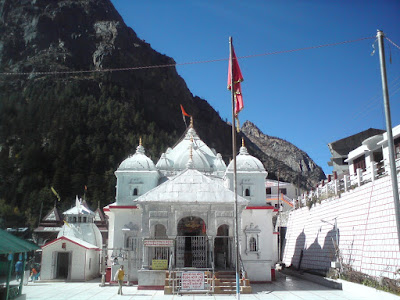 Pilgrimage to Gangotri, one of the Char Dhams, resumed on Tuesday. The yatra was suspended for over three months after the devastating flashfloods and landslides in the state.

Pankaj Pandey, Uttarkashi District Magistrate  himself checked the area and the condition of roads and finally declared that the yatra can now be resumed.
“There is no problem in resuming the pilgrimage and people from all over the country can now visit the shrine,” Pandey said.
But only small vehicles are allowed after Uttarkashi. Till Uttarkashi people can go in heavy vehicles and will have to hire small vehicles thereafter. But as regular work is going on these routes, soon heavy vehicles will also allowed to go up to Gangotri.
But the question is how many people will turn up for the yatra. After the scene of Kedarnath, it will be difficult for people to rebuilt courage to go to these pilgrimage destinations. But the faith is god is on the other side. Chopper landing facilities to be developed with an investment of 200...

Is Uttarakhand safe for women? Just check the statistics.

Thank You Supreme Court For Not Fining Companies For Call Drop...