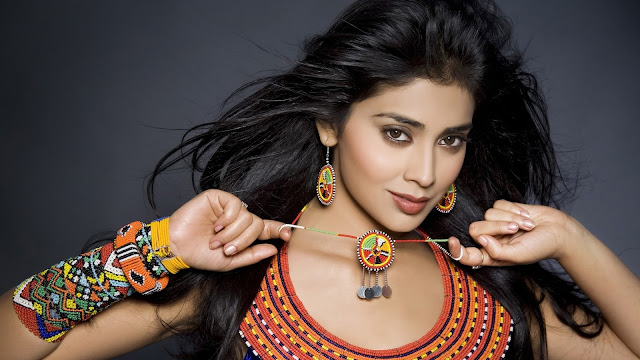 When you play the role of love interest of Rajnikanth, you know that you have made it huge. So, the next Doon celebrity we are going to talk about has achieved that. What bigger achievement can there be. We are talking about Shriya Saran who starred opposite the great Rajnikanth in Shivaji, which was also the highest grossing movie of its time.  11 September, 1982 marks the birth of Shriya and Dehradun was the city. Though Shriya was brought up mostly in the holy town of Haridwar, Shriya has done her schooling from Delhi Public School Ranipur in Haridwar and Delhi Public School, Mathura Road, Delhi. Her father was an employee in BHEL or Bharat Heavy Electricals Limited and her mother was a chemistry teacher in both of the schools in which she studied.  She along with her family lived in a small house in BHEL colony in Haridwar.

Later she obtained her bachelor’s degree from Lady Shri Ram College, Delhi in Literature.  Shriya was always a fabulous dancer and was always inclined towards dancing. She as a child was trained by her mother in Kathak and Rajasthani folk. Later carrying on her passion for dance she used to be involved in dancing teams of her college where they used to dance and incorporated social issues in their dance performances. Shriya also got trained in Kathak style of dancing under Shovana Narayana. During her college years only Shriya got her first opportunity as on a Teacher’s recommendation she was chosen in a dance video of Renoo Nathan titled “Thirakti Kyun Hawa”. This was the beginning of her career as while shooting of this video she was offered a role in Ishtam by Ramoji films. She accepted the offer and even before release of her first movie Shriya got signed for 4 more movies. Well rest as they say is history.
Shriya’s first commercial success came in 2002 as Santosham in which she shared the screen with Nagarjuna, Gracy Singh and Prabhu Deva.  After that Shriya became a strong name in the southern movie industry especially the Telugu Movie industry. In 2003 she debuted in Bollywood with Tujhe Meri Kasam in a supporting role which also marked the debut of Ritesh Deshmukh and Genelia D Souza. After that she has worked in more than 60 films including the special appearances. She has also worked in a Indo-American movie titled The Other End of the Line. She has also starred in Deepa mEhta’s adaptation of Salman Rushdie’s Midnight Children. Shreya has laso won many awards for her works including NBC Achiever’s Award, GR8 Women’s Award and t. Subbarami Reddy Lathika Kala Award for contribution to Telugu Cinema.
Another Doonite holding the Doon pride high! Unusual Museums in India you must visit

Do you know that this Indian Palace Museum featured in a...

Yatra Resumes for Gangotri in Uttarakhand