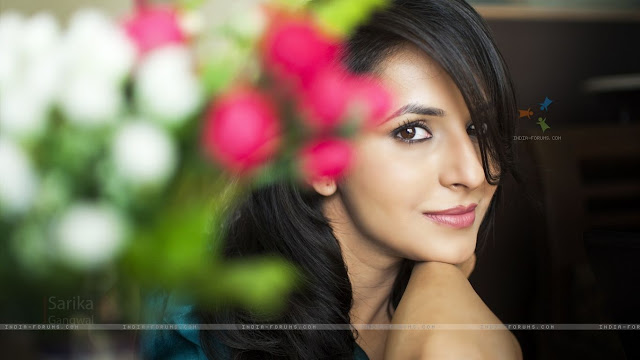 It seems that TV industry is slowly being dominated by the people of Uttarakhand. There are so many faces and actors you see every day but never knew that they belonged to Uttarakhand. One such celebrity is Almora, Kumaon born Roop Durgapal. You may not recognize her from her name but her face is very familiar as you may have seen her show if not then someone in your house must have. She is a household face right now. Starting as a B.Tech in Computer from our very own Graphic Era University to working in Infosys as a software engineer Ragini is now a well known face especially to our Mothers and sisters who love watching daily soaps.

Ok now, let’s take a look at her work. To begin with, she started her career with a DD national daily soap and later on started to act in small roles in shows such as CID ,  Babosa and Haunted Nights. She has also done a lot of commercials and has also been quite a common face in print media and advertisements.  But the most famous role of hers has been of Sanchi in Balika Vadhu where she is seen in a pivotal role as Shiv’s sister.  Yeah, that’s why I said that every mother or sister of ours who are TV show fanatics would certainly recognize her face.
Born on 15 October,1988 she has been brought up in the hills itself and after completing her schooling from Almora she came to Doon to pursue her Bachelor’s Degree of Technology in Computer Sciences. After completing her Engineering degree she was selected in Infosys as a Software Engineer but she always wanted to be an actress. So to pursue her career as an actor she got to the Tinsel Town to try her luck in acting. In an Interview Roop once said that she doesn’t like Docile and submissive roles instead she enjoys roles which have several shades of both good and bad.  She also has an interest in singing and she believes that she is a good singer and would love to participate in any reality show if ever given a chance.  She also stars in a well known children show Bal- Veer. She plays the role of Dari Dari Pari in the show.
Roop was also awarded the Most Tez Tarrar Personality Award in the 2013 Colors Golden Petal Awards.
Another Doonite showing her caliber in the small screen industry. It’s so good to know that more and more of our people are getting so much of exposure and love from all over the country. Rafting in Rishikesh picking up after Tourism breakdown due to flood...

Volunteer Holidays: Five things to do this summer